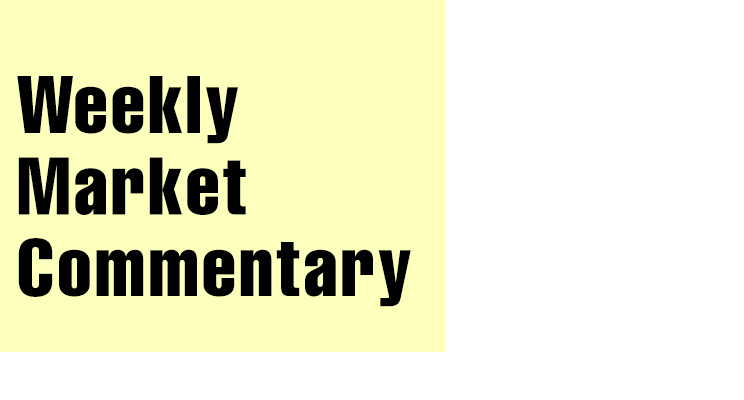 THE MARKETS It was a choppy week on Wall Street amid fears of a second wave of coronavirus infections as states reopen and crowded protests continue. Stocks saw their worst sell-off since March on Thursday after Fed Chair Jerome Powell warned of possible long-term joblessness, but stocks rose Friday. For the week, the Dow fell 5.51 percent to close at 25,605.54. The S&P lost 4.73 percent to finish at 3,041.31, and the NASDAQ dropped 2.27 percent to end at 9,588.81

Keeps Going Up — The S&P 500 had gained 43.4 percent (total return) through the close of trading on June 5, since falling to a bear market low close on March 23 (source: BTN Research). Not Buying It — 39 percent of investors surveyed as of Thursday, June 4, were bearish on U.S. stocks for the upcoming six months (source: American Association of Individual Investors, BTN Research). So Low — As of the close of trading on June 5, the yield on the 10-year Treasury note (0.91 percent) had been below 2 percent for 212 consecutive trading days, i.e., since Aug. 1, 2019, the longest stretch below 2 percent in U.S. history. The highest closing yield for the 10-year Treasury note in history was 15.84 percent on Sept. 30, 1981 (source: Treasury Department, BTN Research).

WEEKLY FOCUS – It’s Official Since the March coronavirus collapse, stocks have bounced and plunged like a bungee cord ride that won’t seem to end. Chronic volatility has left many asking if we are in a recession, while jobless claims and business closings have caused others to wonder if we are in, or headed for, a depression. The confusion is understandable. Definitions for recessions and depressions aren’t exact. A recession is a significant economic decline, usually over multiple months, typically caused by economic factors. For instance, the Great Recession from 2007 to 2009 started with the subprime mortgage crisis, which led to the housing market collapse and a banking crisis. In contrast, our economy appeared healthy prior to COVID-19, which created a slowdown in a matter of weeks. A depression is an extreme recession with severe contraction that generally extends at least three years. The Great Depression started with a stock market crash in 1929 and ended around the time World War II started (1939). U.S. industrial production fell nearly 50 percent, and 25 percent of the workforce was unemployed. Near the end of the depression, safeguards were put in place to prevent similar devastation in the future. Last week, the National Bureau of Economic Research (NBER) stopped the guessing when it announced the U.S. entered a recession in February. Although a recession is usually marked by two quarters of negative growth in domestic production (GDP), the NBER based its decision on rapid economic decline over a variety of factors, including GDP, real income, employment, and retail and manufacturing sales. Still, there are reasons for hope. Since the recession was caused by the virus, many analysts believe the economy could recover quickly once effective means to combat it are found. And medical researchers are working round the clock to find them. The World Health Organization recently reported 124 potential COVID-19 vaccines are under development.1 And the Milken Institute’s tracker shows researchers are testing more than 130 drugs as possible treatments.2 In the meantime, The Federal Reserve has taken an array of measures to limit economic damage, and Congress has passed multiple stimulus packages, with more expected. During these stressful times, we appreciate the trust you have placed in us, and we are available to answer questions or address concerns you may have.

1https://www.cnbc.com/2020/06/09/dr-anthony-fauci-says-coronavirus-turned-out-to-be-my-worst-nightmare-and-it-isntover.html?__source=newsletter%7Ceveningbrief 2https://www.sciencenews.org/article/coronavirus-covid19-accelerated-vaccines-treatments-drugs * The Standard & Poor’s 500 (S&P 500) is an unmanaged group of securities considered to be representative of the stock market in general. The Dow Jones Industrial Average is a price-weighted index of 30 actively traded blue-chip stocks. NASDAQ Composite Index is an unmanaged, market-weighted index of all over-the-counter common stocks traded on the National Association of Securities Dealers Automated Quotation System. The Morgan Stanley Capital International Europe, Australia and Far East Index (MSCI EAFE Index) is a widely recognized benchmark of non-U.S. stock markets. It is an unmanaged index composed of a sample of companies representative of the market structure of 20 European and Pacific Basin countries and includes reinvestment of all dividends. Barclays Capital Aggregate Bond Index is an unmanaged index comprised of U.S. investment-grade, fixed-rate bond market securities, including government, government agency, corporate and mortgage-backed securities between one and 10 years. Written by Securities America, Copyright June 2020. All rights reserved. Securities offered through Securities America, Inc., Member FINRA/SIPC. SAI# 3126082.1